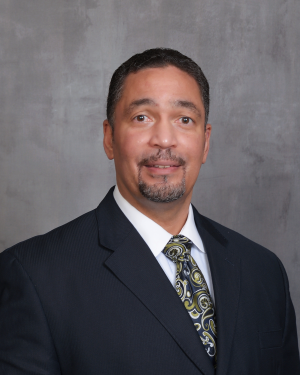 Pastor, From the Heart Church Ministries of Los Angeles

Pastor Tyrone C. La Rose is a born again, Spirit filled man of God who loves the Lord and has dedicated his life to serve God’s people. At age 18, Pastor La Rose accepted Jesus Christ into his life after attending a Businessmen’s Christian Fellowship Breakfast in St. Thomas, Virgin Islands. Shortly thereafter, he joined the U.S. Army in service to his country.

In 1990, Pastor La Rose was invited by a family member to attend Full Gospel AME Zion Church, currently known as From the Heart, the Parent Church in Suitland, Maryland. At the end of his military service; he joined From the Heart and served in multiple ministries. In 2006, the Lord spoke to Pastor La Rose’s heart to relocate to California. Shortly thereafter, he accepted his call into the ministry while serving at From the Heart Church Ministries of Pomona. During this time, he served in multiple ministries, attended Call on Lives training, worked a full-time job as a Human Resource Analyst for the County of Riverside, continued his education, and completed pre-marital class. In 2010, Pastor La Rose received a Master of Business Administration degree from California State University of San Bernardino. Later that same year he married his wife, Reverend Pamela La Rose.